Gayle Taylor and Serena Abbinga founded Serengale Vineyard in 1999 with the goal of producing the best grapes for making into premium wines. Gayle had worked in the wine industry for over 20 years and was partnered by Serena, who was seeking to return to North East Victoria after many years of living and working in inner city Melbourne.

The two realised that their likeminded attitude and passion for wine and the country would make for an outstanding partnership. They searched for over three years for a suitable site across Victoria before finding 60 acres at the foothills of the Victorian Alps in the Everton Hills.

In the early years they concentrated on nurturing and developing the vineyard to produce premium grapes.   Today most of the grapes from their single vineyard go into Serengale wines that are grown and vinified on site with limited production sold to small wineries in Beechworth such as Giaconda and Savaterre. The first vintages were of Chardonnay produced off site in 2007 under the Serengale Analisse label with subsequent vintages in 2008, 2010 and 2012. In 2015 we completed our winery with Serengale wines now grown, vinified and bottled on site hand crafted by our winemaker, Gayle Taylor.

Gayle grew up on farms in North East Victoria where her family has well established agricultural roots. Her first job out of school was with Lindeman’s wines in Rutherglen and since then has held a variety of roles in the wine industry with her last role as Operations Manager at Brown Brothers before leaving to be the winemaker at Serengale Vineyard.

Gayle has a degree in wine science from Charles Stuart University and is hands on in both the winery and the vineyard. Before owning and operating Serengale Vineyard, Gayle used to enjoy golfing, bushwalking and fishing.

Serena grew up in a small country town in North East Victoria. She left to go to Melbourne University and study commerce after which she established her own consultancy and spent the next twenty years in inner city Melbourne or living out of a suitcase. She craved to go back to the country and do something that involved nature and her passion for wine and food.

Serena has a diploma of viticulture from Melbourne University and is hands on in the vineyard and the commercial side of the business. Before owning and operating Serengale Vineyard, Serena used to enjoy riding her horses, gardening and bush walking.

Jezebel joined the partnership in 2011. Her role is to monitor all operations in the vineyard and winery. Before joining Serengale Vineyard she was wandering the streets of Albury-Wodonga as a lost dog and now enjoys lying in the sun, being patted by everyone and generally having a good time. 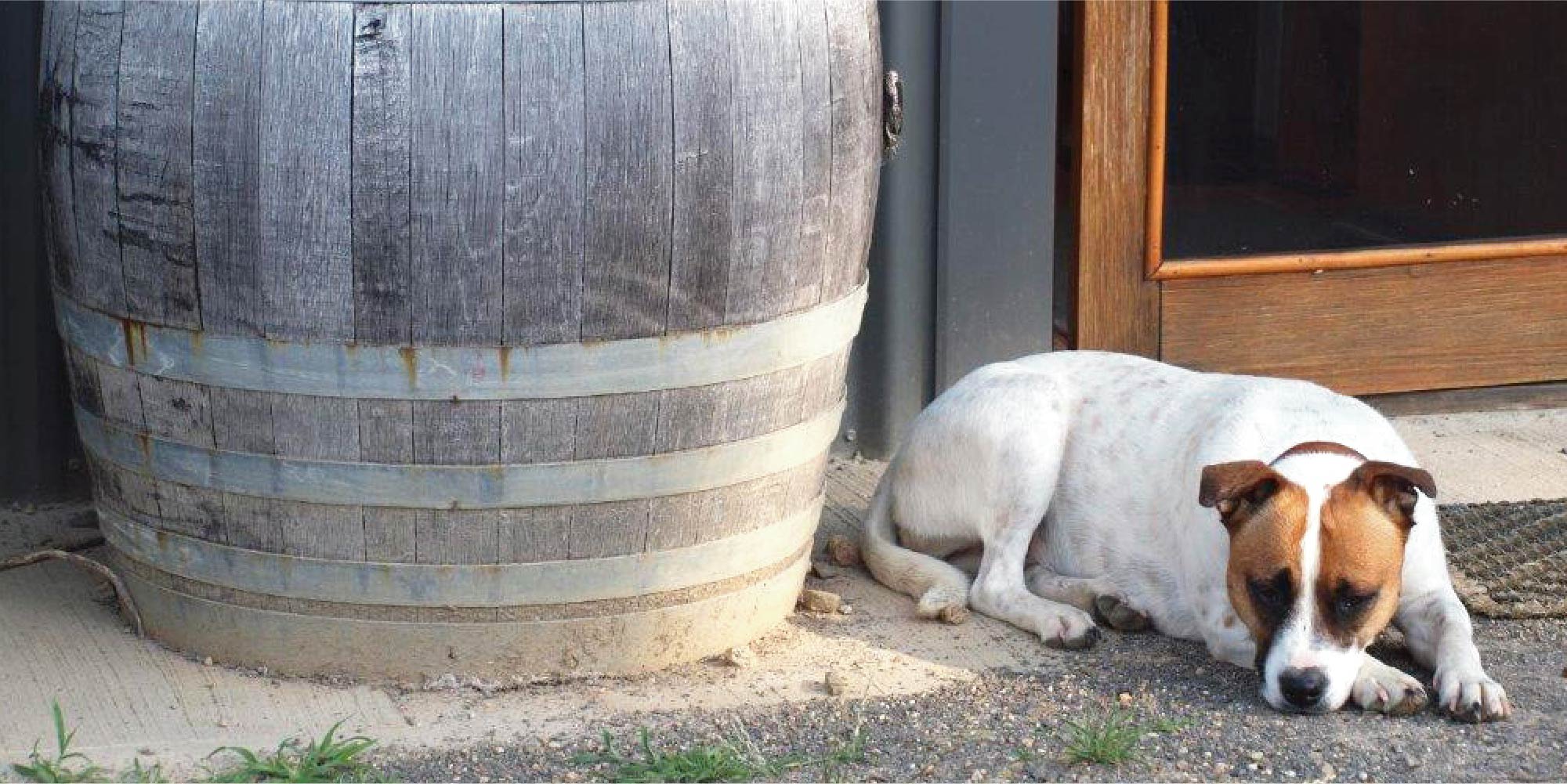